First, the lay of the land: picture Washington, DC, in the upper-right corner of a mental map, boundaried to the south by the snaking Potomac River, which includes several major falls and rapids. Like brightly colored bands around a target, the closer the radial distance to DC, the greater proportional investment in terms of cosmopolitan economics and culture. Arlington and Alexandria are closest to the bulls-eye; then McLean, Falls Church, Tysons Corner and Annandale; then Herndon, Reston, Vienna, Springfield, Centreville, Chantilly, and other towns. 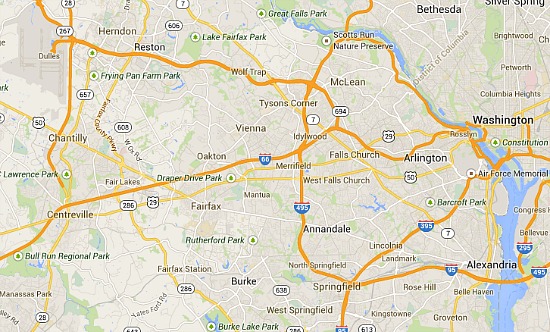 Every community has strengths. Arlington falls into two sectors—north Arlington and south Arlington—and has the distinction of being the smallest self-governing county in America. Arlington is known for urban villages that include Ballston, Crystal City, Pentagon City, and Shirlington, as well as providing a home to numerous departments of the federal government, the Pentagon, and Arlington National Cemetery. Outdoor enthusiasts congregate along the parkland and running trails of Four Mile Run. 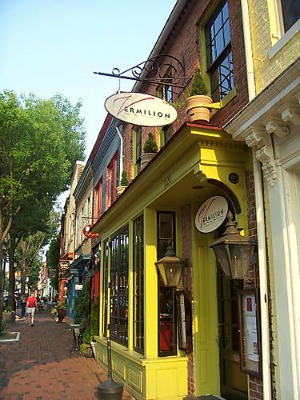 Alexandria stands out because of Old Town, the seaport cobblestoned stretch that includes many restaurants, boutique shops, and the Torpedo Factory, an arts hub. McLean is adjacent to Great Falls National Park and has bigger, more secluded properties. Both are known for excellent schools and offer refuge for Washington’s political and military VIPs, active and retired, who take advantage of the George Washington Parkway’s scenic access into the city.

Falls Church, NoVa’s oldest development (onetime site of Fort Buffalo), has in recent years become internationally recognized for Eden Center, the heart of authentic Vietnamese cuisine in our area. Nearby Tysons Corner was initially a boutique-shopping mecca; now it is a centralized live/work area with a forthcoming Metro station. Annandale has a downtown “Koreatown,” famed for the 24/7 Honey Pig BBQ, and is the home to Thomas Jefferson High School for Science and Technology, a nationally ranked magnet program that admits students from across the region.

Vienna has always been an independent town, known for the Wolf Trap Center for Performing Arts—the only outdoor concert venue run by the National Park Service. Reston began as the nation’s first planned community, though over the years the focus has moved from boating on Lake Anne to shopping at the Reston Town Center. Twenty years ago, Herndon and surrounding towns defined the quiet 'burbs, until being energized by the Dulles technology boom; now they are a destination for their outlet stores and the Udvar-Hazy Center of the National Air and Space Museum. 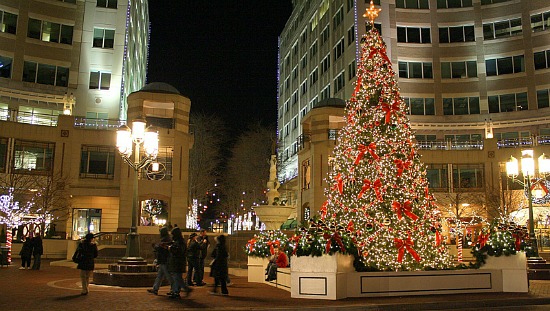 Major roads for getting around include Interstate 495, the Beltway loop that surrounds Washington, DC; Interstate 395, which runs north and south through DC as a feeder to 95; and Interstate 66, which carries traffic between the urban east and rural west. Commuters also use Route 1 (north/south, parallel to Interstate 95), Route 50 (east/west, parallel to Route 66, a.k.a. Lee-Jackson Memorial Highway), and Route 29 (a north/south route bisecting the state, known in NoVa as Lee Highway). All are popular with locals looking to avoid paying tolls or worrying about HOV rules. State Route 7, from Winchester to Alexandria, and Route 123, from Woodbridge to Arlington, both originated as country roads that are now major commercial corridors. They intersect the larger highways and offer critical, though congested, access across northern Virginia.